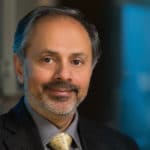 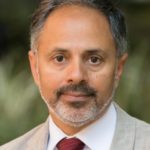 Ovarian cancer remains the most lethal gynecologic malignancy in the United States. In 2018, over 22,000 new cases were diagnosed and 14,000 women lost their lives to the disease.

Ovarian cancer is made up of distinct subtypes. High grade serous ovarian carcinoma is 70% of cases, and is the most lethal subtype accounting for over 60% of ovarian cancer deaths.

People who have inherited mutations in BRCA genes are at higher risk for certain types of cancer, including HGSOC. In looking very carefully at the fallopian tubes removed from BRCA mutation carriers, the discovery was made that the fallopian tube was a site of origin for HGSOC – not the ovary itself, but the fallopian tube. This understanding over the past 15 years represents a paradigm shift in the origin of the HGSOC and opportunity for us to better understand how the cancer develops and design better strategies for early detection and prevention.

80% of HGSOC are diagnosed at a late stage!

We want to eliminate deaths from HGSOC by early detection and prevention.

Our focus is to define the role of the fallopian tube microenvironment in the development of high grade serous ovarian cancer, with the ultimate objective to find targets for prevention and markers of early disease onset for early detection.  We are tackling the problem from multiple directions to ensure the greatest probability of success.

It is unclear which precursor lesions are likely to progress and/or be associated with invasive disease. A critical knowledge gap is how the various constituents of the fallopian tube microenvironment impact tumor development or progression.

Achieving our goals requires a multi-institutional, multi-disciplinary effort. The team we assembled is made up of gynecologic oncologists, molecular biologists, epidemiologists, pathologists and bioinformaticians. The team is world class and has the requisite expertise to capitalize on complementary molecular profiling. Our research plan leverages powerful, broad-based discovery approaches to tackle this difficult challenge of early detection.