PASS was established in 2008 with funding from the Canary Foundation, demonstrating how we invest in promising early research!

“PASS was launched with six participating centers in 2008,” said PASS Deputy Director Dr. Lisa Newcomb, a Hutch cancer prevention researcher. “With this grant, we’ll be up to 11 sites. Fred Hutch is the centralized repository — specimens are sent to the Hutch from all the sites — and we have procedures for sharing the data and the specimens among the group [members] and with other researchers.”

According to research, more than 30% of men have slow-growing prostate cancer and won’t necessarily benefit from radical treatments that can cause debilitating side effects such as urinary incontinence and impotence. Data from patients with early-stage prostate cancers who choose active surveillance can provide key insights into who’s most at risk from their cancers, and when.

Using the cohort for risk-prediction modeling, Newcomb said, could help “determine who either harbors or will progress to a bad cancer, which cancers are aggressive and which really aren’t.”

“We want to help identify the men who can go home and not worry about their cancer. We’re looking at both ends of the spectrum — making active surveillance less active and identifying the people who will benefit from treatment early.”  – Dr. Lisa Newcomb

“We are thrilled,” said Newcomb regarding the transition from Canary Foundation support to NCI funding.

Fred Hutch has had a longstanding relationship with the Canary Foundation and has been the recipient of many grants from the foundation powering work in early detection. The fifth floor of Fred Hutch’s Arnold Building, home to its Public Health Sciences Division, is named for the foundation.

Interested in accessing Canary PASS Active Surveillance Risk Calculators? The PASS Risk Calculators provide estimates of how likely a man is to have more aggressive cancer in the future. These tools are intended to be useful for clinicians and their patients as they determine optimal methods of active surveillance. Access the risk calculators: https://canarypass.org/pass-risk-calculator/

The Early Detection of Cancer Conference at Stanford!

The conference is part of a long-term commitment to invest in early detection research, to understand the biology behind early stage cancers, find new detection and screening methods, and enhance uptake and accuracy of screening.

The talks ventured widely, from finding ways to extract more information from cell-free DNA in blood, to building cohorts of people at high risk of cancer to prospectively study the emergence of disease, to the role of the tumor micro-environment and the immune system in cancer early detection, and going beyond traditional risk factors to better select populations for targeted cancer screening.

The Canary Center represents a partnership between Canary Foundation and Stanford University, where Stanford embraced Canary’s mission as their own strategy for cancer early detection. The partnership resulted in financial support, involvement in our multi-institutional teams, and team management that includes goal setting, project advancement and help resolving road blocks. Stanford committed funds for lab renovations, other infrastructure assets and a rare offering of 8 faculty billets, the first ever fully dedicated to cancer early detection. Canary Foundation provides start-up packages for the faculty positions to get them going until they attract their own funding.

Silicon Valley, a region known for its concentration of technology and biotech development, provided the ideal hub to respond to the needs of early detection. This particular pooling of a strong clinical experience, research, engineers, and bioinformatics is what inspired other institutions to examine their local resources and how to coalesce them into an identified goal. Be it big data, molecular imaging, engineering or a unique research population, each center is adept at offering their dedicated resources for collaboration purposes.

The Canary Center showcases the need for the presence of transdisciplinary entities around one table, combining dedicated people, resources and strategy to an identified viable goal.

Today, this merging of resources is replicated in hubs around the world, not only taking Canary’s approach global, but also catalyzing collaboration.

Our collaboration with the centers in Oregon, Calgary, and the UK testify to our approach that investment in talent, expertise and networks is the best way to tackle cancer early detection.

A good example of this international collaboration is Dr. Rebecca Fitzgerald’s sponge (Cambridge) used to retrieve cells from the esophagus, and Dr. Utkan Demirci’s technology (Canary Center at Stanford) capable of separating a mixed cell population. By combining unique sample types with unique technology, both US and UK centers are hoping to complement each other’s work thus advancing cancer early detection. 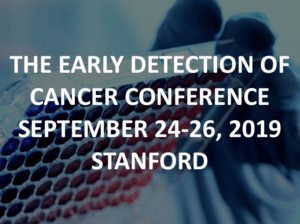 Many of you know, Canary Foundation believes in collaborations, including partnerships we have fostered on a global level. So this is to announce that registration is open for this second annual conference, a next generation outgrowth of our science symposium, led by our partners. The location is Stanford University.

Looking back to 2005, Canary Foundation held the first symposium fully dedicated to cancer early detection. Long before the term became common. What did we want to achieve? Our goal was to catalyze the field and bring early detection to the foreground. Early detection saves lives! By 2017, we were attracting 200 scientists and experts.  Together, they ask important questions, have dynamic conversations and form innovative ideas.  Additionally, presenters offer information on promising projects.

The Canary Center at Stanford represents a partnership between Canary Foundation and Stanford University. You may know, we celebrated the opening in 2009 as the first research center in the world, entirely dedicated to cancer early detection. Cancer Research United Kingdom is the largest independent funder of cancer research globally. The Knight Cancer Institute at Oregon Health & Science University, is a leader in precision cancer medicine. To visit the conference site and register: Early Detection of Cancer Conference

American Cancer Society Report January 2019 is hopeful. Yet it motivates us to work harder at finding better tests 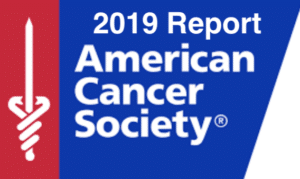 The new American Cancer Society report shows us that cancer deaths have dropped  by 27% since their peak in 1991. The decrease is attributed to early detection, better treatments and a reduction in smoking rates. The ACS report also points to a socio-economic disparity in the numbers, based on broad county and area reports collected by Surveillance, Epidemiology, and End Results (SEER – a National Cancer Institute source of epidemiologic information on the incidence and survival rates of cancer in the United States, where access to education and healthcare remains a problem. Additionally, lower incidence has been slower in cancers such as lung and prostate. Also, rates of new cases rose for pancreatic and other cancers. While the overall decline in rates is great news, we must keep up the momentum to create early detection tests to save lives as cancer remains the second cause of death in the United States (22% in 2016), and a major health issue worldwide.

The report states that in 2019, 1,762,450 new cancer cases and 606,880 cancer deaths are projected to occur in the United States. From the report: “…the Lifetime probability of being diagnosed with invasive cancer is 39.3 % for men and 37.7% for women. Prostate, lung and colorectal cancers (CRCs) account for 42% of all cases in men, with prostate cancer alone accounting for nearly 1 in 5 new diagnoses. For women, the 3 most common cancers are breast, lung, and colorectum, which collectively represent one-half of all new diagnoses; breast cancer alone accounts for 30% of all new cancer diagnoses in women. The reasons for the excess overall risk in men are not fully understood, but partly reflect differences in environmental exposures, endogenous hormones, and probably complex interactions between these influences.”

Canary Foundation has been on the forefront of stimulating the field of cancer early detection globally by demonstrating cancer early detection tests as well as hosting scientific symposiums, mentoring researchers choosing the early detection path, and forging important national and international partnerships. To address access problems, Canary’s investments have focused, when possible, on cost-effective tests as a path to bridging the socio-economic disparities.  Examples can be found in are our funded studies in enhance ultrasound using microbubbles, where ultrasound is found in doctor’s offices worldwide, representing an imaging modality in development useful for multiple cancers that is low-cost, non- invasive and with the additional benefit of not using radiation.